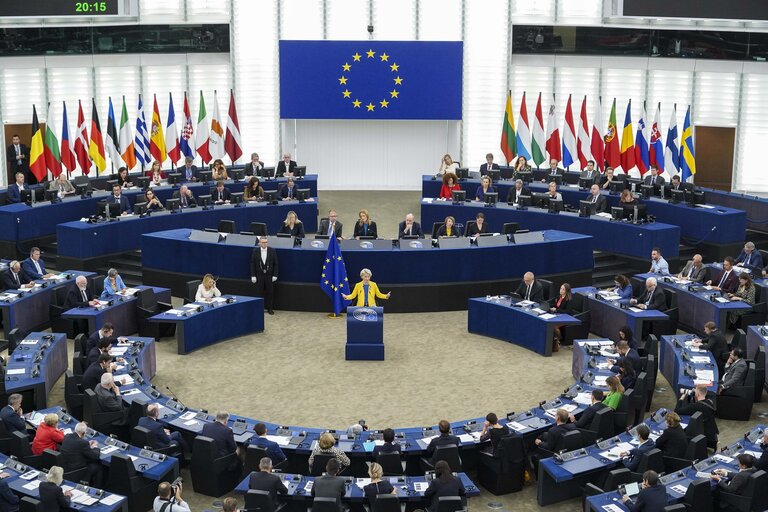 Roberta Metsola, President of the EP, welcomed Olena Zelenska, First Lady of Ukraine and gave some keynotes, where she stressed that the EU stands with Kyiv against the Russian invasion.

Also the President of the European Commission, Ursula von der Leyen, had clear words on the aggression: “Putin will fail and Europe will prevail.” She added that the sanctions against Russia “are here to stay.” Ms von der Leyen announced €100 million to restore damaged Ukrainian schools as well as bringing Ukraine into the EU’s free roaming area and the Single Market.

On soaring energy prices, the Commission will put forward measures for member states to reduce their electricity consumption and will propose a cap on the revenues of companies that produce electricity at a low cost to raise more than €140 billion to cushion the blow for citizens. She also announced a reform of the electricity market. Von der Leyen made clear that Putin is exclusively to blame for the current energy crisis and the price increases.

Regarding the Conference on the Future of Europe, President von der Leyen promised that the Citizens’ Panels will now become a regular feature and that the moment for a European Convention has arrived.

Further topics the EC President touched upon include fighting foreign interference to protect our democracies, closer cooperation with countries such as Chile, México, New Zealand, Australia and India, and proposals for a European Sovereignty Fund, a European Critical Raw Materials Act, a European Hydrogen Bank and an SME Relief Package.

You can watch or read the full speech in several languages, here.